Water mist is eco-friendly and sustainable and fits into a world that is facing many challenges when it comes to the protection of the environment. 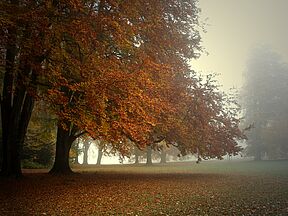 Nature and mist - two things that go well together

Sustainability and eco-friendliness are en vogue. Everybody talks about the climate change. People who have tried to avoid this topic in the past have to or actually want to face it now as the need to countersteer is manifest. Humankind has an impact on nature and all too often it is a negative one. Some people argue that the living conditions and the climate have always changed and that, of course, is absolutely true. However, earth overshoot day is coming earlier every year. So, would less actually be more?

In the 1980s the world acted to save the ozone layer. The news that chemicals found in many personal hygiene products had caused a hole which was getting bigger and bigger was dramatic and spurred the signing of the Montreal Protocol. One of the substances that was then banned was halon. Regarding fire protection, the phasing-out of halon left a gap which was filled by the water mist technology. 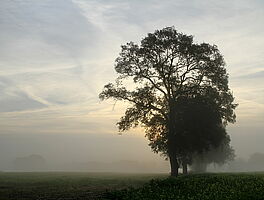 Water-based fire extinguishing systems make up by far the largest share of the extinguishing technology sector. Water mist systems use up to 85 % less water than traditional sprinkler systems and are either connected to the mains or a tank. If they are connected to a tank, this tank obviously does not need a lot of expensive square meterage. The other option – using the mains and thus the existing infrastructure – makes water mist systems so attractive for home and building owners. If they choose water mist, they get a system which not only protects the building itself but also increases the level of life safety, by attacking the fire without the usage of harmful substances, and uses less water which reduces the possible water damage.

So, with a smaller tank or a connection to the mains we are talking space savings, obviously also material savings and consequently cost savings. The same applies to other vital components such as pipes, valves and pumps.

Another point in favour of water mist is the fact that it is quick to install and easy to retrofit. Water mist systems are often integrated into existing buildings as customers prefer not to or simply cannot give up the space for a tank. Especially in historic buildings the integration of a fire protection system can be intricate and the possibility to have no tank and to use pipes which are smaller in diameter makes water mist system so eligible. And should the need arise to extend an existing system with additional areas having to be included into the overall fire protection concept, the minimum required nozzle pressure can easily be reached. 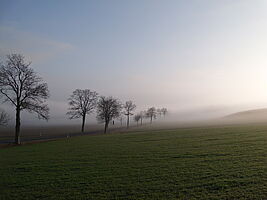 When it comes to the longevity of systems IWMA strongly recommends the use of stainless steel. Bettina McDowell says: “It prevents corrosion which is not only beneficial for the conservation of the system but also lowers the risk of contamination. Plus it is an important step towards circular construction concepts.”

A challenge in areas like the nuclear industry, pharmaceutical and electronic manufacturing is the disposal of the residue after fire incidents. The water discharged by a water mist system is much less in quantity and therefore easier to contain and much less expensive to dispose of.

Besides this, the overall damage is reduced due to less water being discharged. An important point here is: the less water there is the quicker it evaporates. This again means cost savings because there is less downtime for businesses and looking at it from the environmental perspective we are talking about less waste and thus the possibility to salvage resources as less infrastructure, furniture, equipment has to be replaced.

Another point is the room-filling effect: due to the size of the droplets water mist is well distributed, fills many nooks and crevices within seconds of activation, something that the languorous sprinkler droplets cannot accomplish.  Water mist is permanently discharged and thus the area is continuously fed with new fine droplets. Most of them can directly interact with the source of the fire. All this leads to a cooling effect that prevents re-ignition and a good shielding of heat radiation and in consequence insulation of the fire.

Based on all these facts, more end customers choose water mist. One reason is that the technology is eco-friendly in itself. The other reason is that more buildings are designed with the environment in mind and choosing a water mist system makes perfect sense.

Global climate change has been identified as one of the most important – if not the most important – environmental challenge to be faced by humanity in the 21st century. In 2019, Earth Overshoot day was on 29th July. In 2020 it was on 22nd August. COVID-19 has caused humanity’s ecological footprint to shrink. However, real sustainability can only ever be achieved by design, not disaster.