The idea behind the contemporary water mist technology is by no means new. Over 130 years ago in 1880 the US-American company F.E. Myers manufactured a back pack system with a lance that produced water droplets and was used to fight small forest fires. Only ten years later Grinnell developed its ‘pepper pot’ nozzle which fought fires also using small water droplets. By 1930 there were already several companies which had started to get involved in the application of water mist or water fog. Amongst those was the German company Lechler whose main innovation was a multiple orifice nozzle which they at the time – the 1930s – called water dust nozzle. In the 1940s Factory Mutuals’s engineering division started to carry out their first tests comprising small droplet nozzles.

In spite of these first efforts the interest in water mist remained meagre over the following decades. Scientists in Europe and the USA were busy with research. But from a commercial point of view the water mist technology initially had no great impact, as it did not meet the requirements for fixed installations back then and was therefore mainly used to fight fires manually.

It was not before the 1990s that water mist started to become a force to be reckoned with. This was mainly due to two incidents.

The first one was the execution of the Montreal protocol on “substances that deplete the ozone layer” in the late 1980s. The second one was a fire on the passenger ferry “Scandinavian Star” on the morning 7th April 1990. During this fire 158 people – nearly 50% of all passengers – were killed. 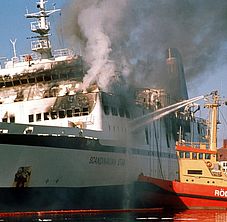 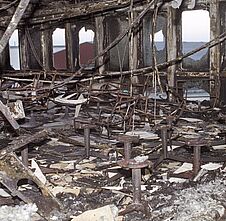 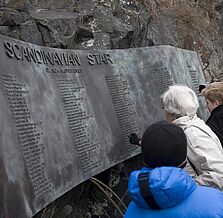 Up until the Montreal protocol had been signed, halon – a bromine-based chemical fire suppression agent – had done a good job as a fire extinguishing media. It was effective, efficient, fairly cheap and easy to install. Its phasing out levelled the way for water mist fire-suppression systems which have consequently become an important field of study, research and development.

In areas such as fire protection it often takes severe incidents to bring about changes. The catastrophe on 7th April 1990 eventually led to an improvement of the International Maritime Organisation’s (IMO) fire safety requirements and installation guidelines as well as fire test procedures for alternative sprinkler systems were developed.

There had already been a good deal of development on high-pressure water mist in Sweden between 1975 and 1990. The main objectives had been systems to protect hotels and passenger cabins as well as research into flammable liquid hazards. Thus the fire on the Scandinavian Star allowed those having carried out this work to show their results on 20th June 1990 – just over two months after the disaster.
This was the starting point of the newly-founded Swedish company UltraFog. Only six months later another company – Marioff from Finland – also started to develop high-pressure water mist fire fighting systems. Since then many have followed their example.

Eight years later – on 4th April 1998 – the International Water Mist Association (IWMA) was founded. Its intention was and still is to be a platform for companies, research bodies, institutes, insurance companies, authorities having jurisdiction and individuals involved in water mist technology. With its annual conference – the 17th will be held in Rome, Italy, on 25th and 26th October 2017– the IWMA collects and distributes knowledge at the same time. 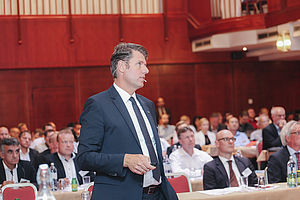