The Cologne-based company, which was established in 1997, holds a close relationship with IWMA

This year, IWMA member FOGTEC celebrates its 25th anniversary. One of the company's first projects - after its foundation in 1997 - was the library in Trier which is one of the most significant libraries storing historic books and documents in Rhineland Palatinate. The 7-storey building was built in the 1950s and  holds about 750,000 books of the last 1,200 years.

To read more about the company please click HERE! 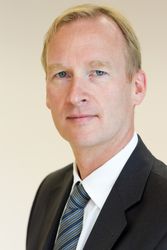 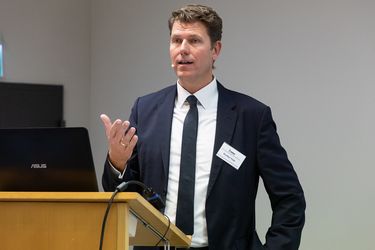 Fogtec and IWMA, which was founded in 1998, have held a close relationship right from the start. Today  Dirk Sprakel (left, Fogtec chairman) holds the position of IWMA vice-president and IWMA founding member Rüdiger Kopp (managing director fixed systems) is a member of the IWMA marketing group and also represents IWMA at NFPA 750, VdS 3188 and the UK Water Mist Group. Both gentlemen are also members of the CEN/TC 191/WG10.