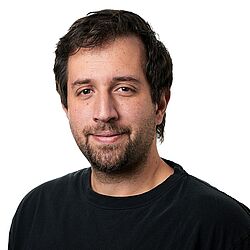 The International Water Mist Association (IWMA) have announced that Kemal Sarp Arsava (RISE Norway) has joined the IWMA Scientific Council. Kemal Sarp Arsava graduated from the Worcester Polytechnic Institute, USA, with a Ph.D. degree in Civil/Structural Engineering. He has worked for the Worcester Polytechnic Institute and for The US Army Cold Regions Research and Engineering Laboratory. His main competences include pool fires, oil spill response and large-scale fire experimentation. He has an extensive list of publications under his belt and says about having been accepted to sit on the IWMA scientific council: “I am very happy that the scientific council have accepted my application. I look forward to joining the team and support their efforts in developing standards and building collaboration between the water mist and safety communities.”

The IWMA Scientific Council evaluates the submissions for the annual International Water Mist Conference and for the IWMA Young Talent Award. The members also answer questions from the industrial community and the interested public.